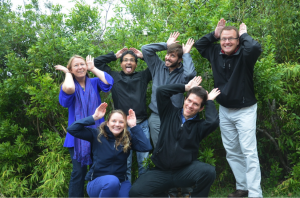 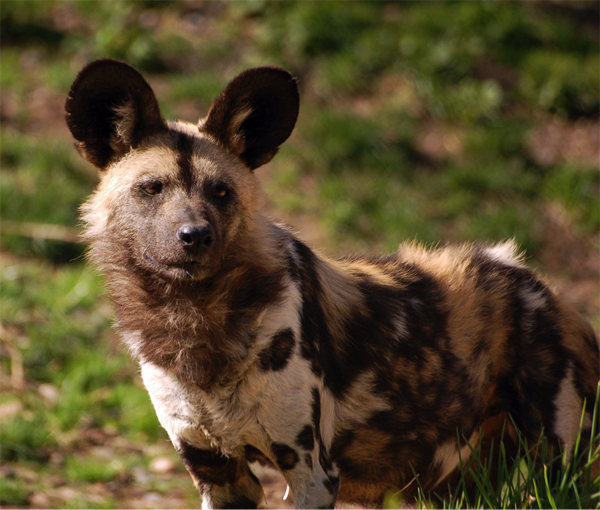 The painted dog, also known as the African wild dog, is predominately found in East Africa. Growing to as much as 30 inches at the shoulder and weighing only 55 to 70 pounds, the painted dog closely resembles that of a domestic dog; however, it differs in that it has only four toes on each foot instead of five, has large, rounded ears, and displays a unique patchy brown, black, white, red, and yellow coat pattern. Painted dog packs share an advanced and close-knit social structure and hierarchy that is unique in the animal kingdom, even displaying some of the altruistic behaviors known more commonly to primates and social insects. Unfortunately, the painted dog is endangered due to a number of threats including habitat loss and fragmentation, diseases spread from domestic dog populations, direct poaching, incidental death due to snare entanglement, and vehicular collisions.

The painted dog population in Zimbabwe makes up one of its last remaining strongholds. Two of the regions in Zimbabwe with the greatest potential to support a growing painted dog population are the Hwange National Park and Victoria Falls area. Despite an abundance of ecological resources, painted dogs in these vicinities have faced tremendous difficulty with continued threats from human-induced fatality resulting from snare wire entrapment and vehicle collisions.

The Painted Dog Protection Initiative (PDPI) has sought to reduce incidental mortality of dogs by collaborating with partners on the re-design and manufacturing of effective anti-snare, reflective collars, and to increase awareness of the species by expanding educational efforts in the United States. To achieve these goals, PDPI partnered with the in situ conservation groups Painted Dog Conservation (PDC) and Painted Dog Research Trust (PDRT) in Zimbabwe and the Wildlife Conservation Network (WCN) in the United States, and collaborated with the Houston Zoo and Dogs for Conservation, among others. Working with these partners, PDPI has aimed to increase international awareness and conservation support for the species by creating an educational/fundraising campaign for painted dogs through support of zoo-related events, through the establishment of a painted dog conservation website and social media presence, and by utilizing the proceeds of the zoo events and online outreach/marketing to fund the research, re-design, and implementation of enhanced anti-snare and reflective collars.

Visit http://www.painteddogprotection.org/index.php for more information on how to help “protect the pack”!

The protective collar project focused on reducing the threats of the human-induced fatalities and injuries facing painted dogs in two landscapes of Zimbabwe. With the Houston Zoo and other partners, we are currently investigating the efficacy of a cost-effective collar design. Experts from the Houston Zoo, with support from Chicago’s Brookfield Zoo and Lincoln Park Zoo, designed and produced collar prototypes, after which teams from Dogs for Conservation and Joel Slaven’s Professional Animals Inc. ran more than 100 collar trials to test the effectiveness of the prototype designs. Based on those tests, an improved design is currently being constructed by the team at the Houston Zoo, which will then run through follow-up tests with Joel Slaven’s Professional Animals Inc. and finally the optimized model will be produced and deployed to the field for use by Painted Dog Conservation and the Painted Dog Research Trust. 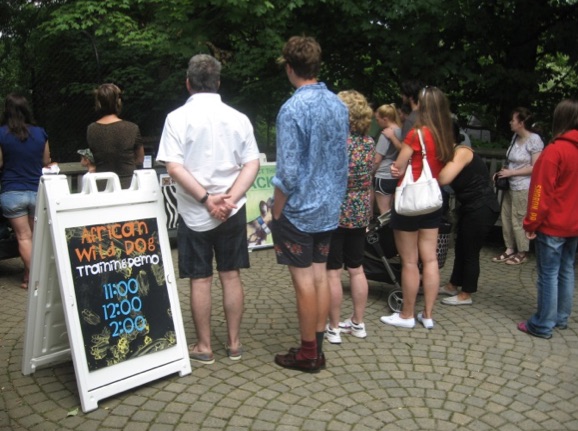 Representatives from PDPI hosted a booth and presented a poster highlighting our “Protect the Pack” initiative, particularly the development of anti-snare collars. This event facilitated communication with representatives from many zoos and provided a forum to promote the awareness and collar design components of our campaign with potential partners. PDPI was mentioned in the Keynote address by Greg Rasmussen as well as noted by SSP Coordinator Mike Quick as one of the projects endorsed by that group. Proceeds from the sale of t-shirts and other painted dog artwork organized by Brookfield Zoo’s AAZK Chapter raised over $1,800 for protective collars. 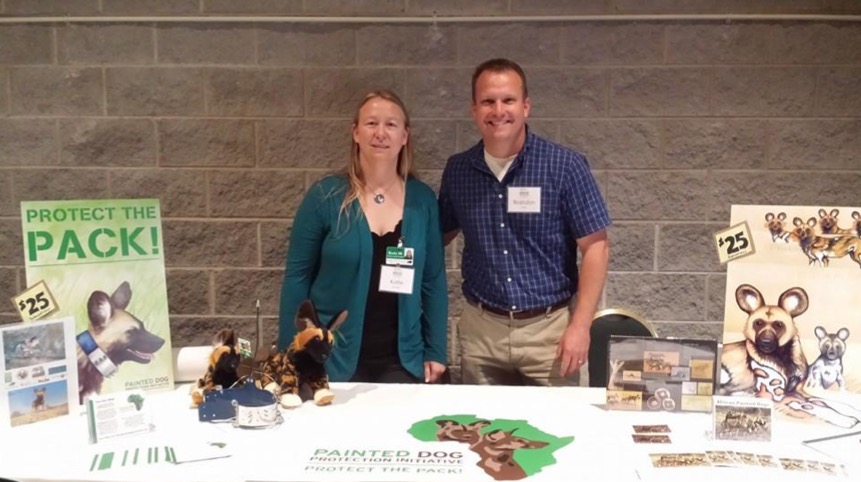 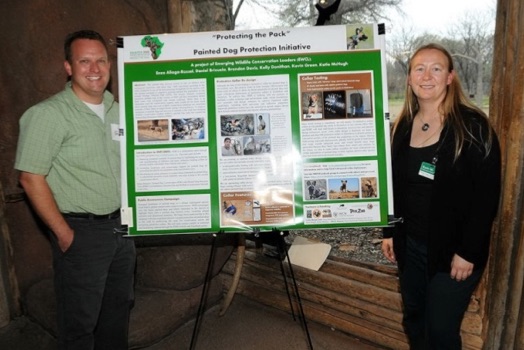 The PDPI team launched a website to build the movement to protect the Painted Dog by bringing members of the public and of the painted dog conservation community together to get involved in projects, donate to the cause, and spread the good word about the painted dog species. 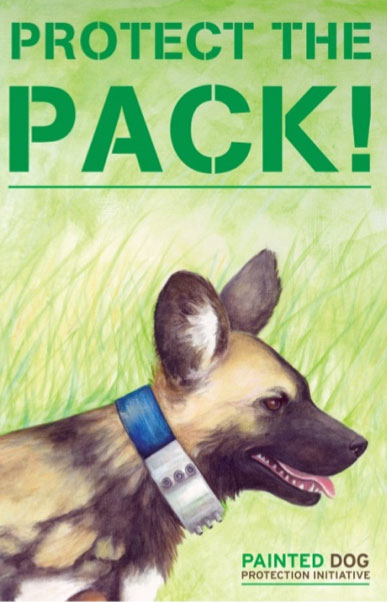 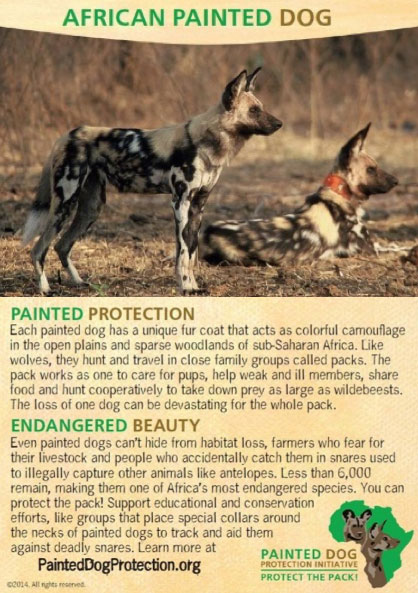 The Painted Dog Protection Initiative has been supported by many key partners in the U.S. and in the field, including:

How to Help: Protect the Pack!