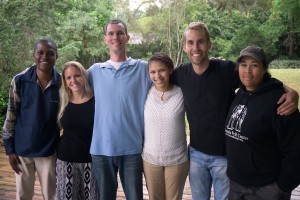 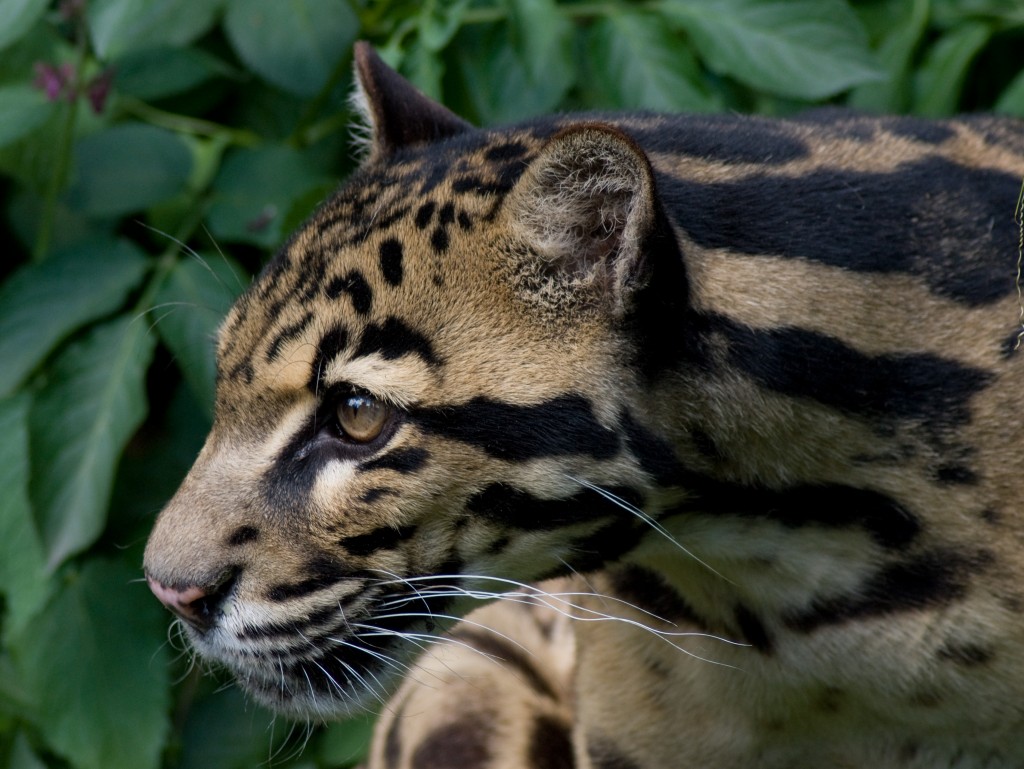 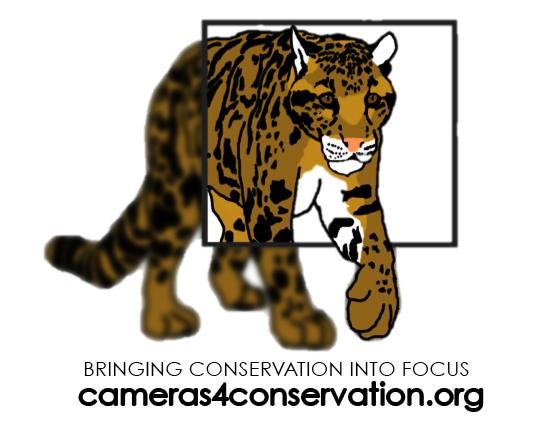 The Emerging Wildlife Conservation Leaders “Clouded Leopard” Team has created a wildlife conservation initiative called “Cameras 4 Conservation (C4C)”, which will increase the research of rare and endangered small felid species in Southeast Asia in order to identify the threats these species face and to support future conservation efforts. These cats are threatened by habitat loss and pressure from hunting, but due to their elusive nature little is known about their population size or behavior in the wild. Partnered with The Society for the Conservation of Endangered Carnivores and their International Ecological Study (S.P.E.C.I.E.S.), C4C is a collaborative effort that capitalizes on the abundance of functional trail cameras available in the United States of America (USA) and distributes them to biologists in Southeast Asia. By making trail cameras available to teams of emerging conservation professionals from this region looking to further wildlife conservation, C4C supports their education and enhances their capacity to understand and research rare cat species. Together C4C and S.P.E.C.I.E.S. have created a global network for small cat conservation efforts in Southeast Asia and have awarded 67 trail cameras to dedicated conservation biologists working with rare felid species in four countries.

Together C4C and S.P.E.C.I.E.S. have created a collaborative effort that capitalizes on the abundance of functional trail cameras available in the USA and distributes them to biologists in Southeast Asia. Using recycled, upcycled, purchased and donated trail cameras, C4C provides scientists with fully functional trail cameras in order to study species threatened by extinction. C4C and S.P.E.C.I.E.S. are bridging the gap between underutilized resources and desperately needed grassroots wildlife conservation efforts.

Why Trail Cameras?
​Also called “camera traps,” trail cameras provide an irreplaceable tool for the wildlife conservation field. Much as radio collars have revolutionized the way in which elusive wildlife species are studied, the trail camera provides a unique opportunity to discreetly learn more about secretive animals. Because trail cameras are cheaper to deploy and require less training to operate and utilize compared to some other wildlife conservation tools, they have allowed researchers to study more animals in their native habitat better than ever before. Trail cameras have been used to help aid in conservation in the following ways:

Global Network
Being an established NGO working for cat conservation efforts, S.P.E.C.I.E.S. has already identified biologists who need trail cameras for their work in Southeast Asia. This network of relationships is essential for the success of C4C.

In order to source new applicants and to create an application process, C4C created a website (www.cameras4conservation.org) and a Facebook page (www.facebook.com/cameras4conservation). This has enabled many conservationists to apply for cameras for their work around the world.

Securing Cameras
Our initial goal was to source recycled cameras from hunters, camera manufactures and other sources with large quantities of used trail cameras. However, after spending countless hours writing emails and making phone calls, unfortunately no camera donations were secured. Our solicitation efforts brought us some success as some camera manufacturers were able to provide us with a discount on future camera purchases.

C4C successfully applied for and received $1,500 from the SeaWorld and Busch Gardens Conservation Fund and secured an additional $14,500 through Brevard Zoo’s Quarters For Conservation Program. These funds allowed our operation to continue while we continue to seek ways to source used trail cameras. With this funding C4C has successfully awarded 67 trail cameras to dedicated conservation biologists working with rare felid species in four countries: India, Indonesia, Taiwan and Nepal.

Ashish Bashyal working with Fishing Cats, Nepal
Awarded 15 Trail Cameras
Summary: These cameras will assess the status of fishing cats in the Bardia National Park in Nepal. Outcomes would be to estimate population size, assess spatial distribution, and help identify major threats to the population.

Mei-Ting and Po-Jen working with Leopard Cats, Taiwan
Awarded 20 Trail Cameras
Summary: These cameras will work to solve a human/cat conflict and properly identify the cause of chicken depredations in rural communities of Taiwan. If it turns out to be the suspected leopard cats, the cameras would be used to test the effectiveness of predator prevention methods.

Inda Solina working with Small Cat Study, Indonesia
Awarded 20 Trail Cameras
Summary: These cameras will help monitor for wild cats in west Sumatra’s Malampah Nature Reserve, estimate the population in the area, and map their distribution. The small cat study will also analyze the effect of human disturbance on the target species and their prey. Unlike previous research done in the area, this project will focus exclusively on small felids, bringing these cats into the forefront of wildlife conservation in the tropical rainforests of Sumatra.

Cameras 4 Conservation will become an exclusive program of S.P.E.C.I.E.S. The EWCL Clouded Leopard Team will assist this transfer and volunteer their time in order to ensure that C4C will last for years to come.

S.P.E.C.I.E.S. is also working with other institutions across Southeast Asia in order to maximize the use of information regarding these species collected during surveys of tigers, rhinos, tapirs, and other larger charismatic mammal species. In building on our successes, S.P.E.C.I.E.S. will broaden the scope of Cameras 4 Conservation to include other high priority tropical regions where too little is known about tropical forest carnivore species and other cryptic mammals, including west and central Africa, Madagascar, Mesoamerica, tropical China, the Philippines and the Amazon Basin.

S.P.E.C.I.E.S.
The Society for the Conservation of Endangered Carnivores (S.P.E.C.I.E.S.) and their International Ecological Study, is committed to the development and implementation of holistic, integrative and impactful projects and activities in service of furthering the conservation of the world’s carnivores. Our goals and objectives are often best achieved through the integration of diverse components and elements into our activities, including science and research, education and public awareness, capacity building and professional development, mentorship, innovation, sound policy development and long-term strategic planning, conflict resolution and problem-solving, local community development, health, and empowerment, global socio-economic markets, cultural attitudes and perspectives, and social media.

Brevard Zoo
“Wildlife Conservation through Education and Participation” is our mission, so we aim to provide memorable guest experiences, connect people with wildlife and educate and inspire them to be stewards of our planet.”

Cameras 4 Conservation was made possible by the generous support from the following organizations:

Small felid species in Southeast Asia are greatly threatened by habitat loss and overharvesting for the pet trade or for their skins, bones and meat. By following these helpful tips you can protect the forest and save these critically cute cats!

Here is how you can help rare and endangered cats in Southeast Area: 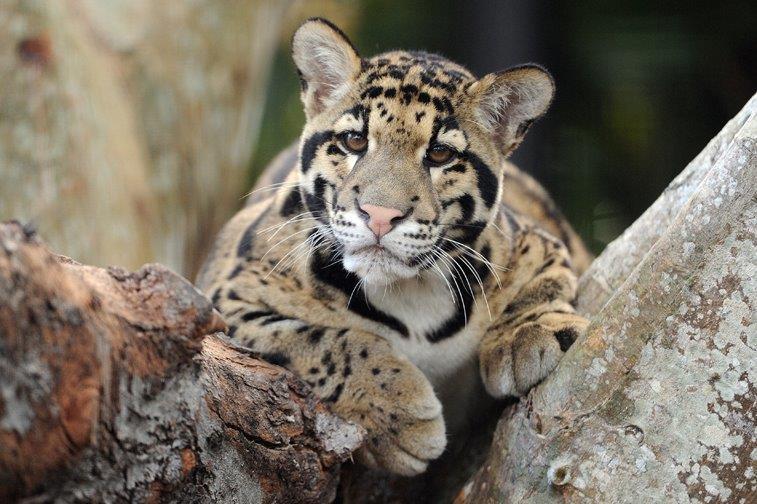