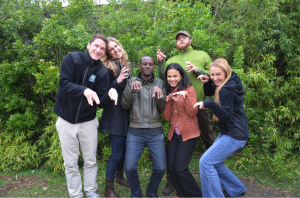 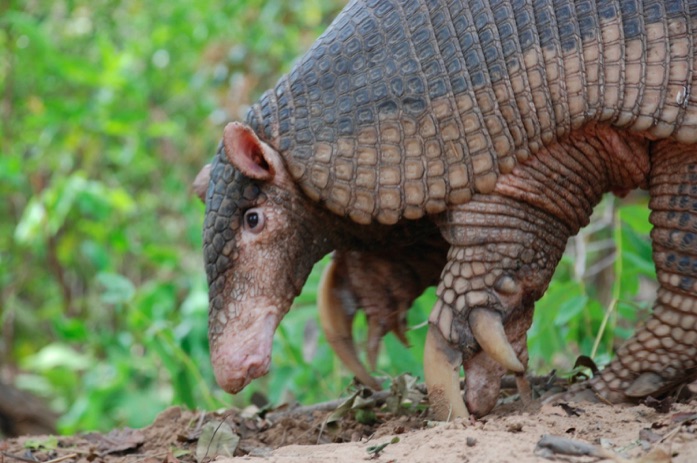 Photo by The Giant Armadillo Project

The EWCL Giant Armadillo Team (GA-Team) working in collaboration with the Giant Armadillo Project of Brazil, utilized the media hype surrounding the 2014 World Cup armadillo mascot and created media and educational materials to increase awareness about the giant armadillo.

Due to the current conservation status, low population density, as well as the nocturnal and burrowing behavior of the giant armadillo, one of the greatest challenges to the species is a lack of recognition both locally and internationally. Realizing conservation efforts and policy changes for the benefit of the species would only come about when enough stakeholders considered it worth protecting for future generations, the Giant Armadillo Team focused on two themes to counter the lack of information:

Zoos were selected as the primary audience and driving force due to their captive audience, conservation investment, education expertise and popular armadillo ambassadors.

Educational materials in English and Portuguese were shared with the conservation and educational departments of 45 international zoological institutions for visitor education and media outreach during the 2014 FIFA World Cup, whose mascot was an armadillo.

The GA-Team’s materials were disseminated to an additional 50 zoos within Brazil by the Brazilian Association of Zoos and Aquariums’ Tem Tatu Aqui campaign and were included on the campaign website.  The campaign was a collaboration between the Giant Armadillo Project and Brazilian Zoo and Aquarium Association (SZB) to increase awareness of all endemic armadillo species in Brazil, utilizing the giant armadillo as the flagship species.

The Giant Armadillo Project intends to continue the awareness campaign by having all materials translated into Spanish and presented at the Latin American Zoo and Aquarium (ALPZA) Conference in 2015.

To quantify the outcomes, all receiving institutions were asked for feedback on the usage of materials. A minimum of 60,500 guests were educated utilizing the materials of which 23,000 were from Brazil, where giant armadillos are endemic.

The GA-Team developed the following products:

The products will have been distributed in English, Portuguese and Spanish by the end of the project.

The GA-Team wishes to thank its supporters for the generous funding and in-kind support.

The “Tem Tatu Aqui” initiative and website was highlighted in a National Geographic Brazil article as well as several Brazilian conservation and television websites.

To learn more about the Giant Armadillo Project and how you can help, please visit http://giantarmadillo.org.br/

For information about the Brazilian Tem Tatu Aqui campaign as well as materials and information to support armadillo awareness, please visit http://www.vivatatu.com.br/

For education and media materials to assist in spreading giant armadillo awareness please visit the “Products” tab of this project overview to access PDFs in English,Portuguese, and Spanish.