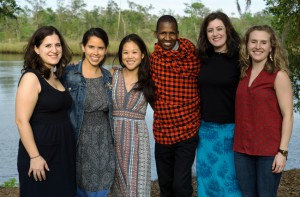 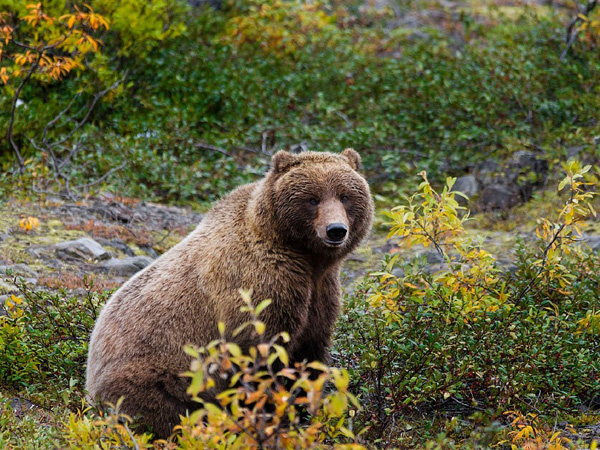 Team Grizzly from EWCL Class 7 has worked over the last 18 months to minimize grizzly bear mortality in Northeast Washington State alongside our project partner, Defenders of Wildlife, and several other local partners and organizations. We began by identifying the needs for grizzly bear conflict mitigation in the Selkirk Mountain Ecosystem, particularly with respect to anthropogenic attractants in local communities.

The Selkirk Mountain Ecosystem stretches 2,200 square miles across North Eastern Washington, northern Idaho and southern British Columbia and is home to an estimated 70-80 grizzly bears. In order to maintain this population, we identified priority areas and highest-priority interventions for wildlife conflict mitigation measures and outreach activities, ultimately in support of U.S. Fish and Wildlife Service, U.S. Forest Service, and Washington Department of Fish and Wildlife priority action items and measures.

Phase 1 of the project focused on research activities to identify and synthesize existing information with respect to conflict and recreation hotspots and existing mitigation measures. We sought recommendations from key stakeholders (e.g., Defenders of Wildlife, USFWS, U.S. Forest Service) on priority areas of focus for deeper research and/or implementation of a specific mitigation measure. We then identified several potential mitigation projects that were fundable and could be implemented within the EWCL Class 7 time frame.

In Phase 3, we designed and developed public awareness ads and stickers to evaluate the effectiveness of messaging among Selkirk Mountain Ecosystem communities. The messaging was designed using the findings of the public perception survey.

Our group has received a total of $8,250 in funds to support our project efforts from three different grantees: SeaWorld Busch Gardens Conservation Fund, $4,000; IGBC Information & Education Fund, $2,250; and Disney Conservation Fund, $2,000. All funds have been spent on various portions of the project including purchase of food lockers, bear spray, and promotional campaigns and materials.

In conjunction with Defenders of Wildlife, the Grizzly team provided $2,650 to install 5 new food storage lockers in Colville National Forest. Food storage lockers minimize interactions between humans and bears by providing a secure location to store human food which cannot be accessed by bears.

Our team worked in partnership with Defenders of Wildlife to revise their Play Smart website.  This website is a public-facing landing page that shares information on how humans should act when in bear country. We helped overhaul text on the site and provided input on structure and images related to residents and visitors encountering bears. Key updates included:

Team members attended the IGBC Selkirk/Cabinet-Yaak  Subcommittee Meeting on October 30, 2017 in Sandpoint, ID. This meeting allowed our team to connect in person with partners we have been working with virtually (e.g. from Montana Fish, Wildlife & Parks and U.S. Fish and Wildlife Service). Topics discussed included the latest data on local grizzly bear populations, grizzly bear mortalities in the region, current management practices, and the need for human dimension research in region.  While in the region, the team also attended the Hikes, Brews, and Bears event in Snohomish, WA to better understand existing outreach efforts and messaging in the area (right).

Our EWCL group deployed the survey, People and Wildlife in the Selkirk Mountain Ecosystem, to better understand those residing in, or visiting, the Selkirk Mountain Ecosystem in order to establish a baseline of the public’s knowledge and tolerance of bears in this region, with an emphasis on people who spend recreational, working, or personal time outdoors. These efforts align with the Selkirk/Cabinet-Yaak Subcommittee Review of the IGBC 5-Year Plan, which details the following two objectives:

The survey was targeted towards residents and seasonal visitors in and within 50 miles of the Selkirk Mountain region, and data was collected from February 15 – March 25, 2018. A total of 696 survey responses were collected. Over 85% of the survey respondents self-identified as full-time residents of Pend Oreille, Spokane, and/or Stevens Counties (our 3 target counties).

Respondents were reached via social media and through digital and print newspaper ads. From the period of February 15 to February 28 Facebook ads (above) were posted that targeted individuals living in the region. Digital ads promoting the survey ran in newspaper outlets that included The Independent, The Spokesman Review, and the Newport Miner.  An additional print ad was included in The Spokesman Review.

The study found that most residents of the region are aware of the presence of grizzly bears in the region and the recommended measures to take for living and recreating safely among them, but are not necessarily following these measures. Additionally, survey respondents lacked the ability to correctly distinguish black bears from grizzly bears. Survey results indicate that respondents typically do not carry bear spray, although there is evidence showing that bear spray is most effective in deterring bears.

Other key findings of the study include:

To address concerns of people not carrying bear spray we have worked with Counter Assault, a major producer of bear spray, and purchased 80 discounted cans of bear spray and holsters (about 40% off retail pricing) as well as 10 inert cans of bear spray (the inert cans, filled with water, are used during training sessions so that users can become familiar with the usage of the cans). These cans of active and inert spray accompanied another 40 active and 10 inert cans of spray purchased by Defenders of Wildlife.  We provided this bear spray to Defenders to use at local trainings in the region that will include outreach to the local Kalispel tribe on tribal land, a local rotary club and an elementary school as part of their “Safety Week” activities.  The timing of these trainings and deployments were strategic as they corresponded with peak summer and fall outdoor recreation seasons.

Based on the success of our Facebook ads for our knowledge survey, we again used Facebook digital ads to connect directly with people in the region. Our initial survey provided us with specific demographic and behavioral information about target communities that are interacting with bears regularly which helped us to craft bear spray messages for this audience.

The focus of this most recent campaign was to encourage residents to carry bear spray, as we identified this as a top messaging priority in coordination with Defenders. The “Learn More” button on the ads linked to Defenders’ Living in Bear Country webpage (the same page our team helped update earlier in our project) for more information on the proper use of bear spray. We created two versions of the ad—one underscoring personal safety (“Be Bear Prepared”) and another emphasizing bears’ wellbeing (“Save a bear. Carry bear spray.”).

Overall, ads reached 24,066 people (i.e. appeared in their news feeds), and resulted in 705 click-throughs to the Defenders webpage. The messaging about protecting yourself rather than protecting bears seemed to resonate more with this audience (i.e. received more link clicks) which was why we switched to all ads having the “Be Bear Prepared” messaging partway through the campaign. This information has been provided to Defenders of Wildlife for their consideration in crafting messages for future outreach campaigns.

Through survey findings it was determined that many people living in grizzly bear habitat do not carry bear spray with them. To support our target audience in remembering bear spray, we designed stickers (prompts) that can be distributed in the target region to remind and encourage people to carry bear spray. The design of the stickers is consistent with the look and feel of other Defenders materials, and can be used in Defenders’ in-person outreach with respect to carrying bear spray.

Grizzly bears are threatened primarily because of interactions with humans. Reducing conflicts between grizzly bears and humans is critical to grizzly bear conservation.

Here is how you can help protect grizzly bears in North America: